We were so close to our 700th follower on Twitter that we thought we should reward the person who became number 700 with a Labcold Penguin. Later on that day Shropshire Doctors Cooperative became the lucky 700th follower. When they were told the good news they said they had an employee called Jenni who was a penguin fan and was very excited about receiving her Labcold Penguin. As we were dealing with such a big penguin fan we just had to send her all 3 of the coloured penguins to add to her collection. Jenni was so thrilled to have them join her Penguin club she sent us this photo. 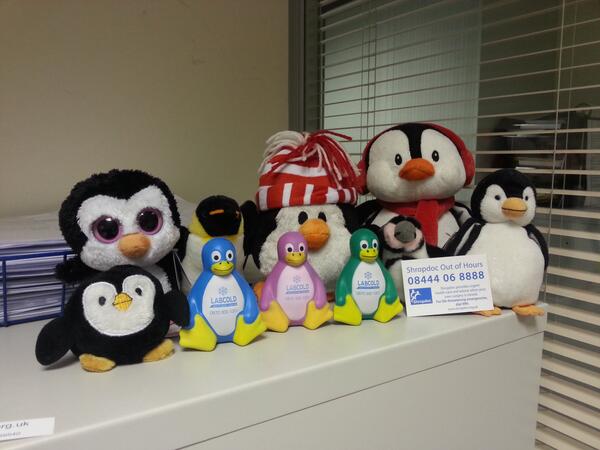 Our friends at Caradoc Medical Services are neighbours of Shropshire Doctors so we thought we couldn’t leave them out of the Penguin fun so we sent them one of the very rare black penguins. Again they were so excited to have a Labcold Penguin that they sent us a photo too. 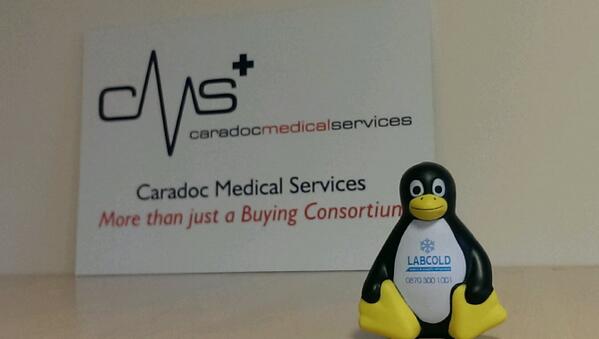 We are so pleased our Penguins have found such fantastic homes in Shropshire.
We will be giving you more chances to get your hands on the famous Labcold Penguin on our social media pages so please give us a like or a follow!
https://twitter.com/Labcold
https://www.facebook.com/Labcold
https://plus.google.com/u/0/b/104689457410912090176/104689457410912090176/posts/p/pub
Pharmacy Refrigeration