This story about a fridge storing vaccine for toddlers and children from STV News shows how important recording the daily temperature is in order to keep vaccines viable and therefore beneficial to both patient and public health.

The team here clearly paid close attention to their fridge readings and had a robust protocol in place to ensure that safety was maintained at all times.

Because a variance in temperature is often the first sign that a fridge may be developing a fault Labcold vaccine fridges are fitted with an IntelliCold controller that records the temperature 24/7. This data can be transferred to a PC via an SD card for analysis. Like most other makes they also have a min/max temperature display which can simply be pressed to show the temperature. 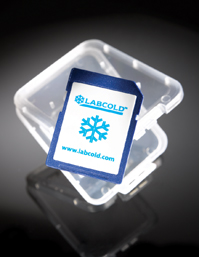 However, this is useless if the temperature display isn’t calibrated to show the same reading as the probe detects inside the fridge. This is why the Green Book now has yearly calibration as a guideline.

There are a lot of reasons why your fridge could be running warm, some of which aren’t a fault with the pharmacy refrigerator itself, such as over stocking or too frequent door openings, being placed near a source of heat, but if a variance in temperature is discovered, as the team in Scotland showed it does need to be investigated.