Fortitude is a new original drama to be shown on Sky Atlantic, co-produced with Tiger Aspect, which will be shown at the end of January 2015. At the moment all we know is that other than a superb cast, one of it’s ‘locations’ is the Fortitude Arctic Research Centre and for this set, the production company decided to purchase some Labcold fridges to enhance the illusion of a real laboratory.

This isn’t the first time Labcold fridges have had a background part. In 2013, a Labcold blood bank was taken to Elstree studios to appear on The Last Days on Mars, a film that made its debut at Cannes but then seems to have gone straight to DVD. For a long while a pharmacy fridge could be seen regularly in Holby City, again, programme makers were anxious to convey authenticity and wanted appropriate equipment as a backdrop.

Medical refrigeration, in real life, is more than a backdrop. It is very important in keeping vaccines and other pharmaceuticals effective, as too much heat or cold will kill the active ingredients. Blood banks store red blood cells with plasma freezers and platelet incubators storing other blood products. All good medical refrigerators and freezers are designed from the ground up for the scientific environment, and will be fitted with locks and temperature alarms to assist the user with compliance with professional guidelines like the DH Green Book or regulations such as those laid down by the MHRA for blood storage.

So, while it’s exciting to see our product on the big or small screen in a work of fiction our preference is knowing that we’ve designed and developed a product that works for medical professionals and stores its costly contents safely and securely. So imagine the excitement when a Labcold Pharmacy refrigerator can be seen on Channel 4’s One Born Every Minute or Blood Bank on BBC 3’s Don’t Drop the Baby! 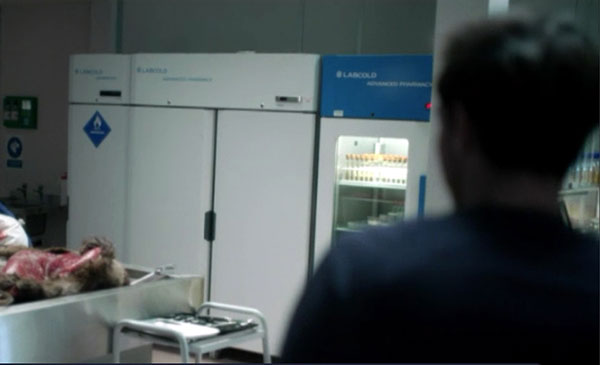