We are at the Scotblood Annual Conference 2014 at Stirling University on June 12th and 13th. We have been busy setting up our stand and carrying out general preparations for tomorrow. The Labcold penguin took a well deserved break and headed to the Wallace Monument for some sightseeing. The Wallace Monument is a tower standing on the summit of Abbey Craig, a hilltop near Stirling. It commemorates the 13th century Scottish hero, Sir William Wallace. 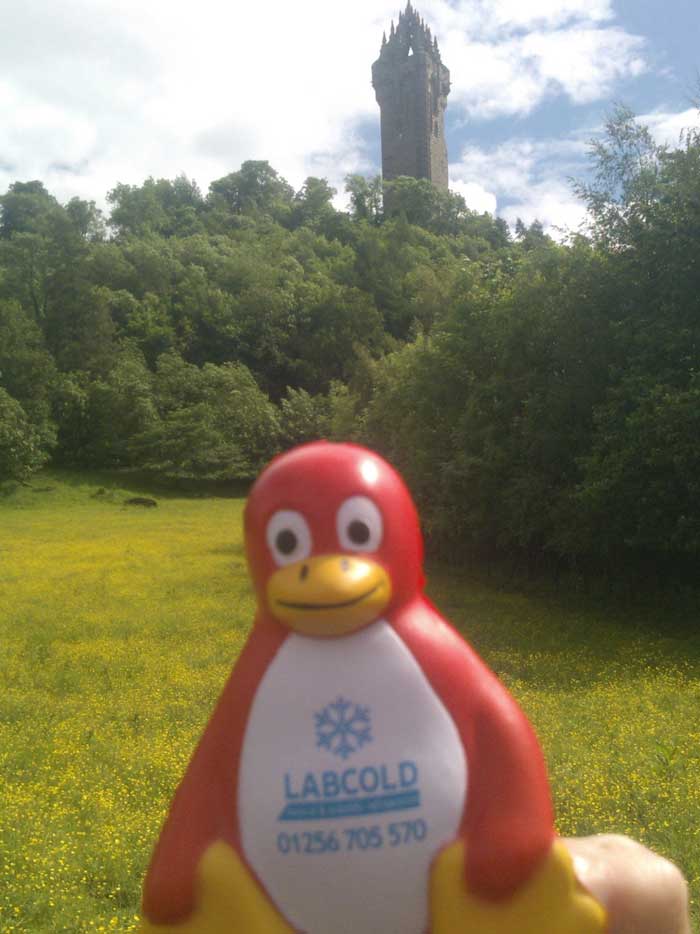