Two Labcold penguins have been enjoying the sun in Croatia. They headed to the Pula Arena, the only surviving Roman Amphitheatre to have four side towers and all three Roman architectural orders still preserved. It is among the six largest surviving Roman arenas in the World. It is believed it was constructed in 27 BC – 68 AD. The amphitheatre was part of the circuit of the gladiators but is now used as a venue for concerts and ice hockey games. 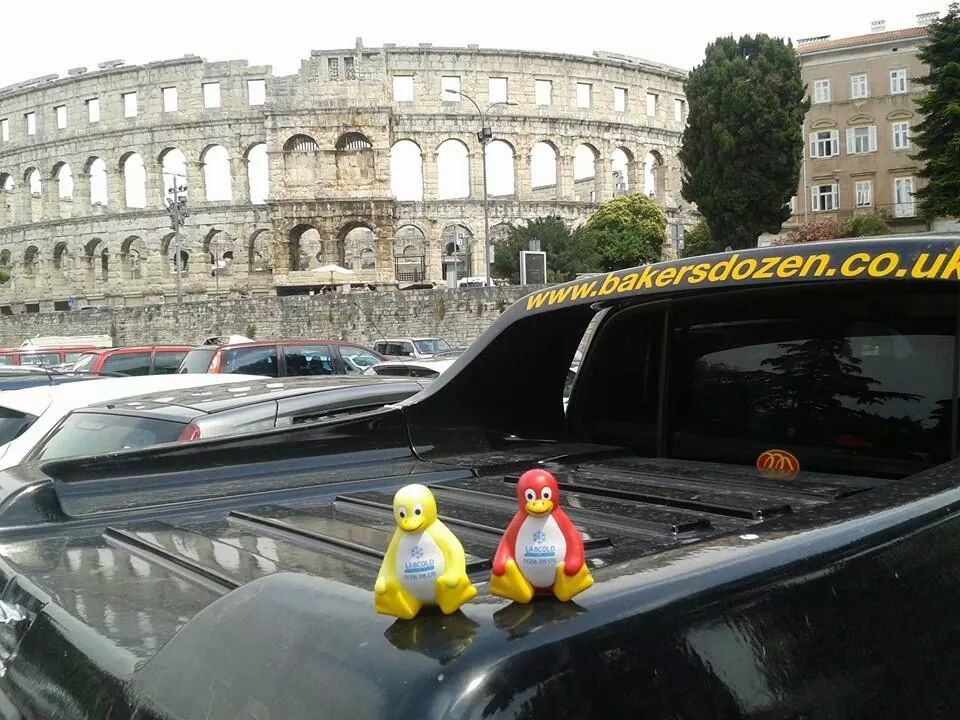