The Labcold penguin thoroughly enjoyed his trip to China where he visited the sights in Shanghai and Suzhou. First stop was Suzhou which is a major city in the southeast of Jiangsu Province in Eastern China. The penguin visited the Humble Administrator’s Garden which is the largest garden in Suzhou and is a UNESCO World Heritage Site. 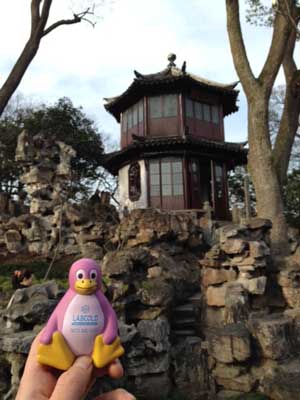 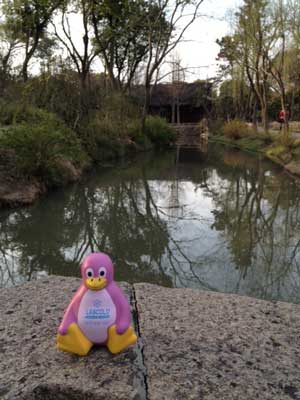 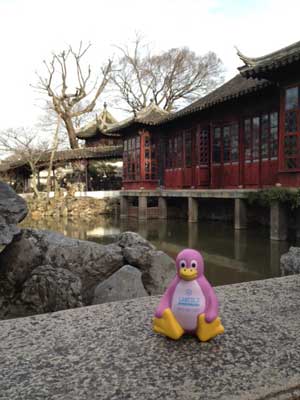 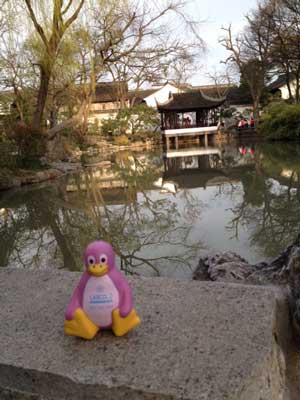 After exploring the tranquility of the gardens, the penguin headed into Shanghai. He visited the Shanghai Tower, a skyscraper under construction in Lujiazui in Pudong. Building began in November 2008 and once it’s completed this year the building will stand at 632 metres high with 21 stories. It is currently the tallest building in China and the second tallest in the world. 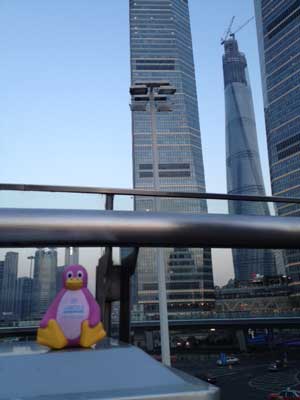 He then went to see the striking Oriental Pearl Tower which is a radio and tv tower in Pudong. It’s not just a tv tower though, it hosts fifteen observatory levels, exhibition facilities, shopping mall and restaurants, one of which revolves. There is even a 20 room hotel between the two large spheres and a glass floor on one of the observation platforms. 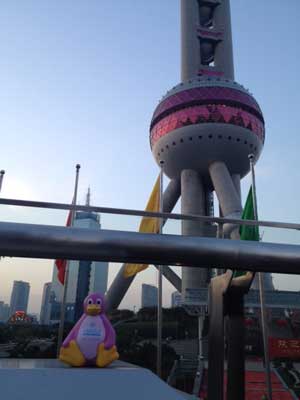 To finish off his trip in style, he spent an evening enjoying the view from The Bund which is a waterfront area in central Shanghai. Before he posed for the photo he was enjoying the view of Pudong over the Huangpu River. What a great view! 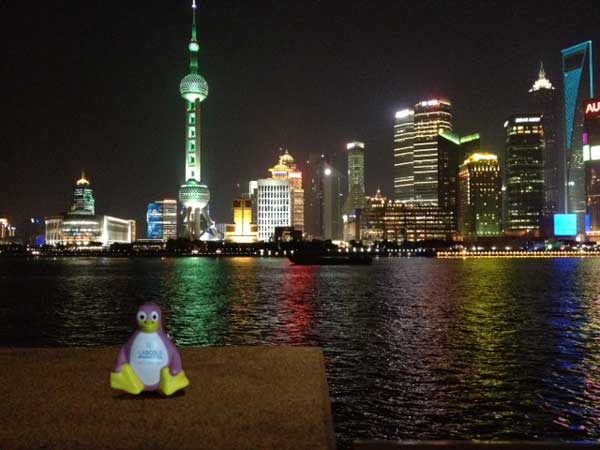