Labcold are pleased to support The Coldest Journey Expedition by donating an IntelliCold® pharmacy refrigerator. 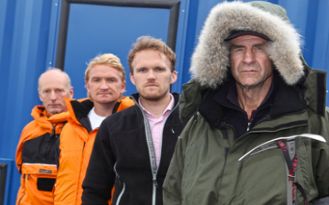 Led by Sir Ranulph Fiennes, the team will depart from London on December 6th in an attempt to cross the Antarctic in winter. Operating in near permanent darkness and enduring temperatures as low as -90°C, the 2,000 mile, six-month traverse is set to become one of the legendary feats of polar exploration and hopes to raise $10 million for ‘Seeing is Believing’, an international incentive to prevent avoidable blindness.

This is the first ever winter crossing of the Antarctic and, according to the team ‘the last major polar challenge’. In addition to raising money, the expedition hopes to make a scientific contribution to the understanding of climate change on the poles. They will also be examining the physiological and psychological effects of exposure to extreme cold and loss of the day/night cycle, low oxygen levels and stresses of living and working in a small group in a hostile, threatening setting.

The fact that it is only now this challenge can be attempted is a testament to the sophistication of the technology required. The intrepid explorers will be followed by two cabooses containing living quarters and essential supplies, such as medicine for the team. Because some pharmaceuticals require storage at temperatures between 2 and 8°C, the team doctor ensured that among other essential supplies, like ships and sledges, they took a professional pharmacy refrigerator.

Michelle Rogers, Sales and Marketing Director for Labcold said, “we are excited to give the expedition an IntelliCold® pharmacy fridge and wish them every success in their heroic endeavour. It shows that the correct storage of medicines is vital for efficacy, and in the harsh conditions of the Antarctic, it certainly can’t be left to chance.”

To find out more about the expedition why not visit www.thecoldestjourney.org